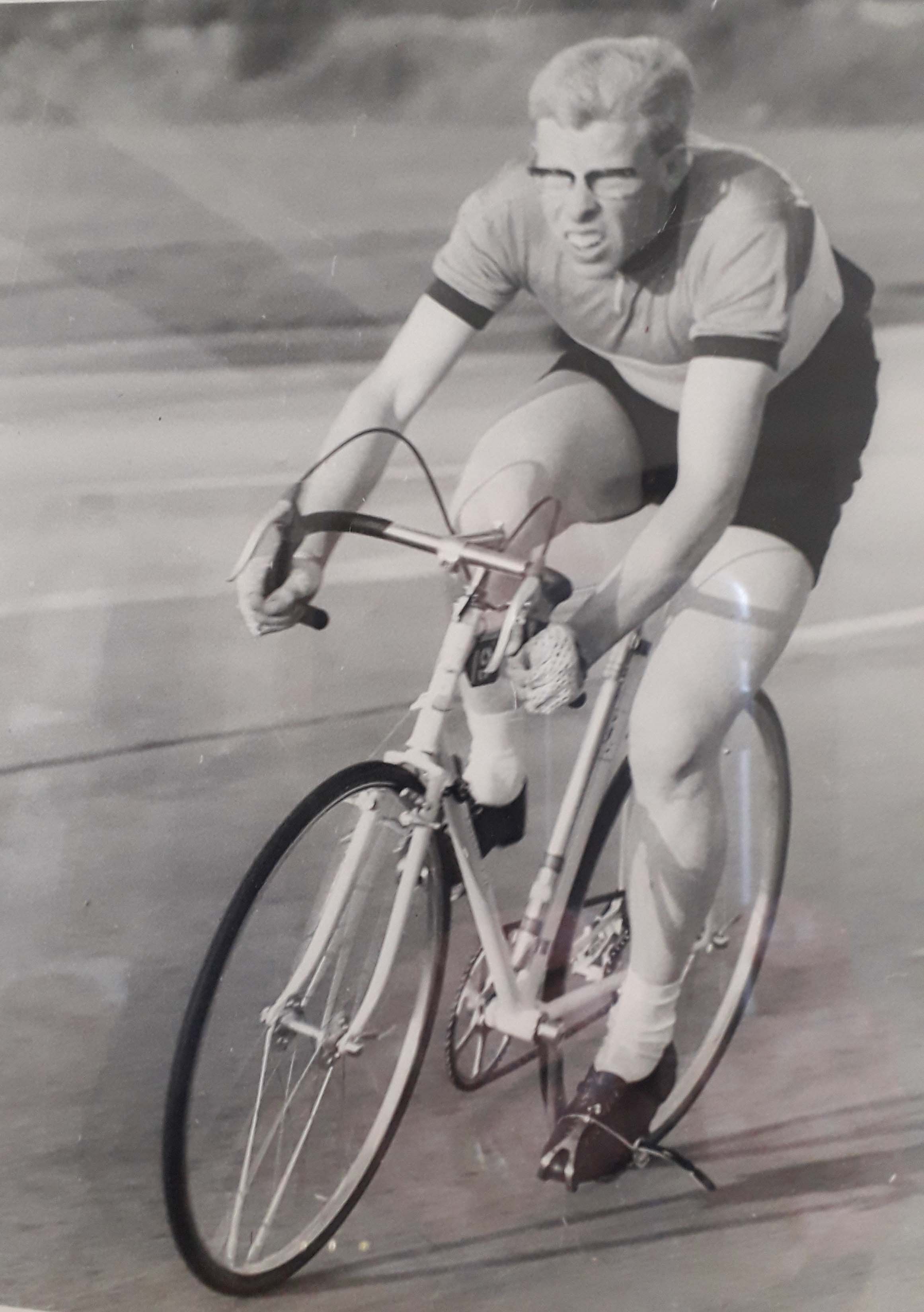 After many years battle against Parkinson’s, Geoff sadly passed away on Sunday 4th July.

Geoff joined the Wigmore CC in 1960. He suffered with asthma and started cycling to improve his breathing problems, and it certainty worked.

When he started riding with the club, he used an inhaler to help  his breathing, but by the time he was 30 years old he no longer needed the inhaler. One thing he never did was use an inhaler before an event, he classed that as cheating.

He had an attempt at road racing but could not handle the fast start. When asked what happened, his reply would be , “they would not wait for me”!

Geoff was always a willing helper with club events, and when I had to stop driving, Geoff took me to the evening events.

Geoff was married to Angela for 49 years, and our thoughts are with Angela at this sad time.

The funeral is on Thursday 29th July, at Bobbing crematorium, 11 am.

No flowers, but you can make donations to Parkinson’s UK and sent to John Weir funeral directors 127 Watling Street, Gillingham ME7 2YY .